Now in its 15th year, National Apprenticeship Week is an important celebration of the value, benefits and opportunity apprenticeship programmes bring.

This year’s theme is a continuation of last year’s ‘Build the Future’ and focusses on training and retaining talent to achieve. Which is something we too believe strongly in and is a driver of why our founder, Paul Griffiths, initiated our training academy in 1995.

Paul is passionate about training and development and was awarded an MBE in 2019 for services to engineering skills and apprenticeships in Teesside.

Below, Paul provides comments on the success of our apprenticeship scheme and rallies other companies to employ apprentices.

What was the driver to creating the apprenticeship scheme?

“I served an apprenticeship at Dorman Long Iron & Steel Company which was incredible! Every day of my working life I can reflect on the skills directly taught and then the ability to self-teach with experience and improve endlessly.

“Some years after, it was not difficult to see a reduction in ‘quality’ apprenticeships, some of it understandably brought on by lack of public financial support at the time, which continued. Such that employers trimmed, and many simply stopped apprenticeships. We, even as a very small employer, could see the skill pool shrinking. But our needs were very specialised and the skills available were not within our very specialised needs.

“It was not a hard decision to see that our solution lay within our own hands and so we embarked on something I have never regretted. But also, very much from conscience that we must pay back, put back into the system that we drew from – this is my personal driver – to pass on that amazing Dorman Long training and not to take it to the grave.”

To date, IMH has had 24 apprentices. 19 have gone on to be employed by the company for a time. The company still employees two former apprentices and currently has two apprentices who are due to complete the programme in March 2022.

When you set up the scheme in 1995, did you think it would have been as successful as it has been and still running? What do you attribute its longevity and success to?

“No, we definitely didn’t expect it to be so successful, but yes to its longevity. We were always intent on trying to ‘average’ one apprentice every two years.

“Originally we decided to take on one apprentice and because of the responsibilities of passing on good skills through the traditional work shadow method, we knew we could not give the amount of time required individually to more, so set out to hopefully recruit one apprentice every two years so that the senior apprentice could also help the younger. We never considered this to be a ‘scheme’ although of course it was.

“All apprentices attend technical further education training (day release) and must complete at least a minimum standard. Many have gone on to HNC and two have achieved a degree.

“Later, as we moved into ‘improving’ more mature tradesmen’s skills we formed our Technical Training Centre. We use this as a space for training employees and also providing specialist training to our customers.

“We have also taken on several additional employees as ‘improvers’ where they have been just out of their apprenticeship but short of skills to suit our industry. They have joined our internal training scheme and improved in all aspects from then on.

“The success is definitely also encouraged by all employees who share the desire to pass on our skills.”

What do you feel has been the greatest benefit to IMH and its employees through the apprenticeship scheme?

“Obviously as the training gathers pace, apprentices begin to have an input. This is very slow and doesn’t start for at least two years but then benefits to the company slowly creep in until after maturity, which we feel is generally six years from beginning their apprenticeship. This is when they become fully integrated into our technical skill base. Their internal training continues and within the company there are opportunities for promotion, but importantly they have been trained to the standard and expectation of our customers. Finding these skills in the job market is incredibly rare and almost impossible!

“There are also external, and not obvious, benefits in that our staff and training scheme has been noted. Customers and competitors alike are aware of the quality of IMH staff, so reputation is a major boost.”

What do you know / hope has been the greatest benefit to the apprentices you have had?

“I know that all of our apprentices and more mature improvers have gained immeasurable skills and experience from their time with us. And those who have since left IMH employment have gone on to successful and improving careers elsewhere. They not only learn skills with us, but they also learn a good attitude.”

What advice would you give to any other employees taking on, or considering taking on an apprentice?

“First up, I would be clear that the financial benefit is not good. But the peace of mind in knowing that you are doing good in your community outweighs the negatives.

“You must do your best with these young people – they are not cheap labour and must never be treated so. Your position in your communities will be enhanced and reputation in your market place improved.

“If everyone did it, the skilled labour pool would be plentiful for all to use.

We hope you join us, 7-13 February, in celebrating National Apprenticeship Week and engage with the campaign using hashtags #NAW2022 #BuildTheFuture #AskAnApprentice #AskAnEmployer. 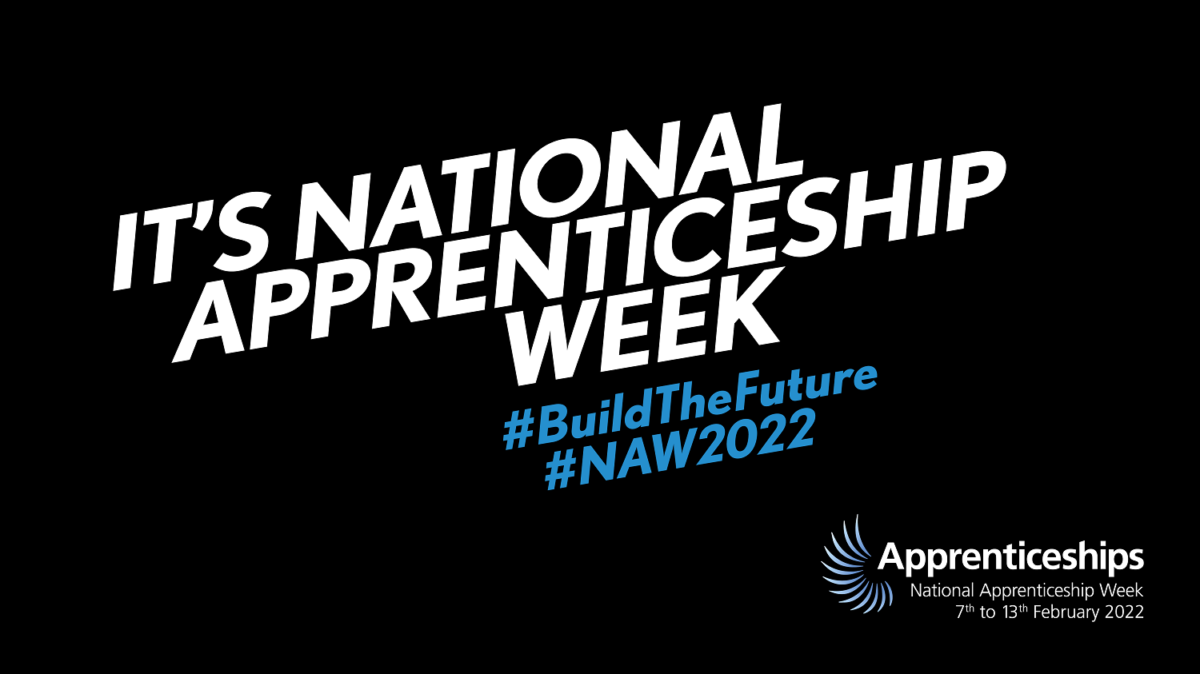