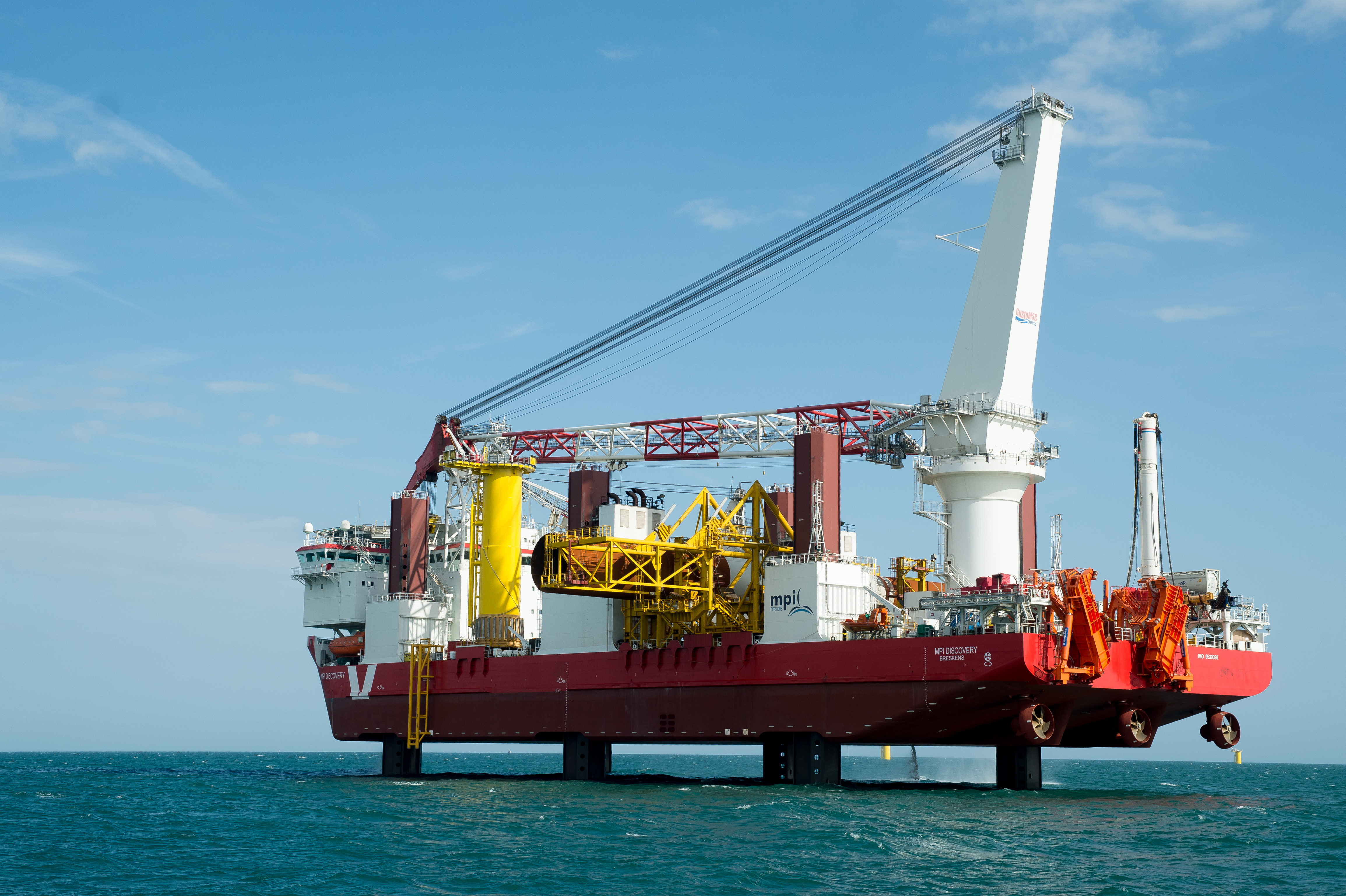 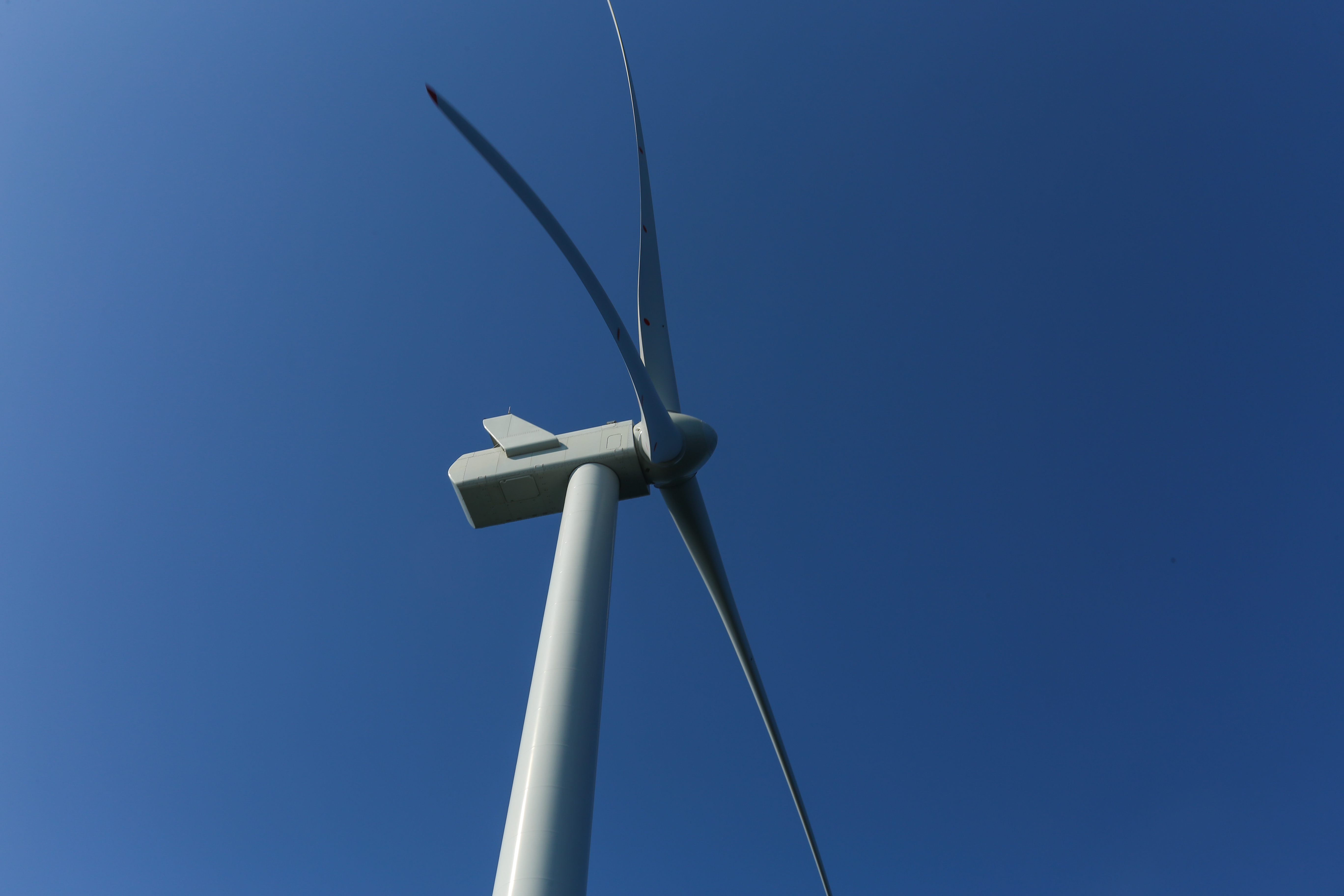 Vessels MPI Discovery and Pacific Orca.
System comprised of 2-off tilt cylinders & 2-off lift cylinders.
Each tilt cylinder able to put into a float condition, to allow for crane movements and to operate at the same operating speed. Tilt system returns to the park condition in 6.5 minutes.
Each lift cylinders are capable of a 300Te lift.
System operates from a control pendent to allow the operator to be able to see the operation from the ship side.

Rampion Offshore Wind Farm is the first offshore wind farm off the south coast of England. It has an installed capacity of 400 megawatts (MW) and will generate almost 1,400 Gigawatt hours (GWh) of power each year. The wind farm is located in the English Channel between 13 and 20 kilometres from the Sussex coast, covering an area of 72 square kilometres.

Over recent years wind turbines have been getting bigger, which has meant the vessels transporting them have had to adapt to allow for the increase in size. Transition pieces (TPs), which form part of the foundation for the turbines, were previously carried and placed on the vessel from the back. However due to their increased length, they were traversed on the side of the vessel. This meant that new frames – used to transport and install the TP – needed to be designed and installed to fit the vessels.

IMH was commissioned to design, manufacture and install the hydraulic systems for tilting frames for the MPI Discovery, which was being used to transport and install monopiles at the Rampion Offshore Wind Farm. The transport project was so successful it was repeated for Rampion on a hired vessel, the Pacific Orca. The limited availability of this vessel at port meant there were tight turnaround times for the project.

As part of the project, huge cylinders were required. IMH worked to source the components and bring specialist parts together to assemble, test and transport the TPs.

IMH designed and manufactured the hydraulic power unit and transported the unit to the vessel. IMH then installed and flushed the pipework that they had fabricated. The hydraulic systems enabled the vessels to lift and install much larger monopiles than they had originally been designed to install.

This project is an excellent example of our ability to provide innovative solutions to solve an operational challenge and we look forward to working on future projects of this nature.