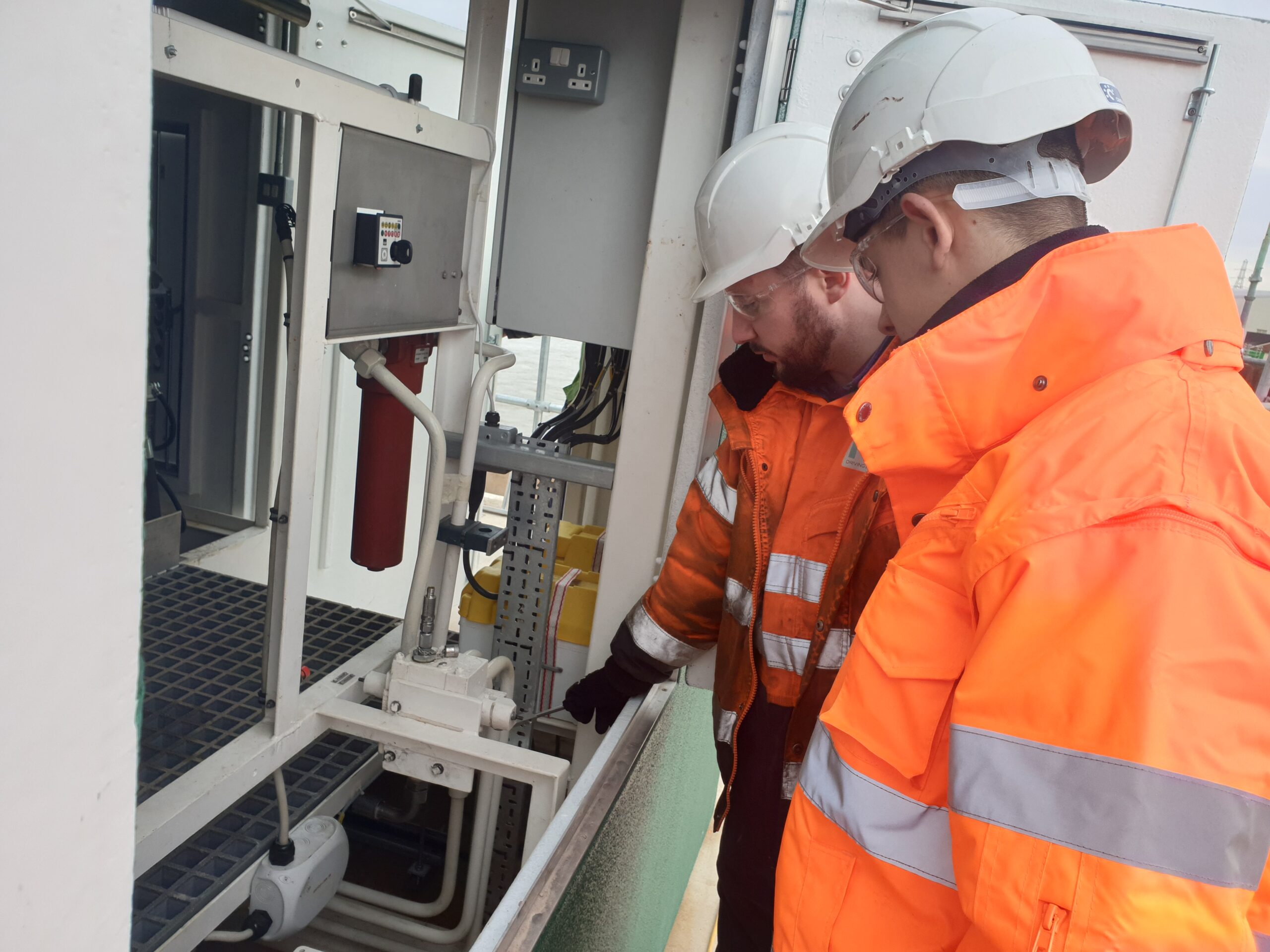 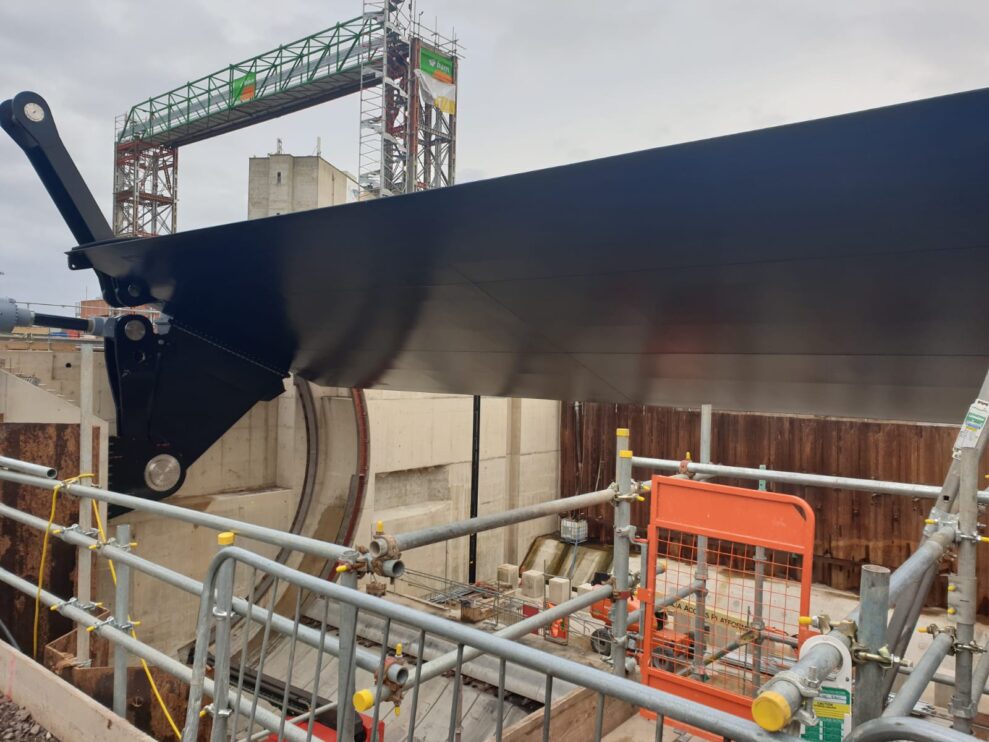 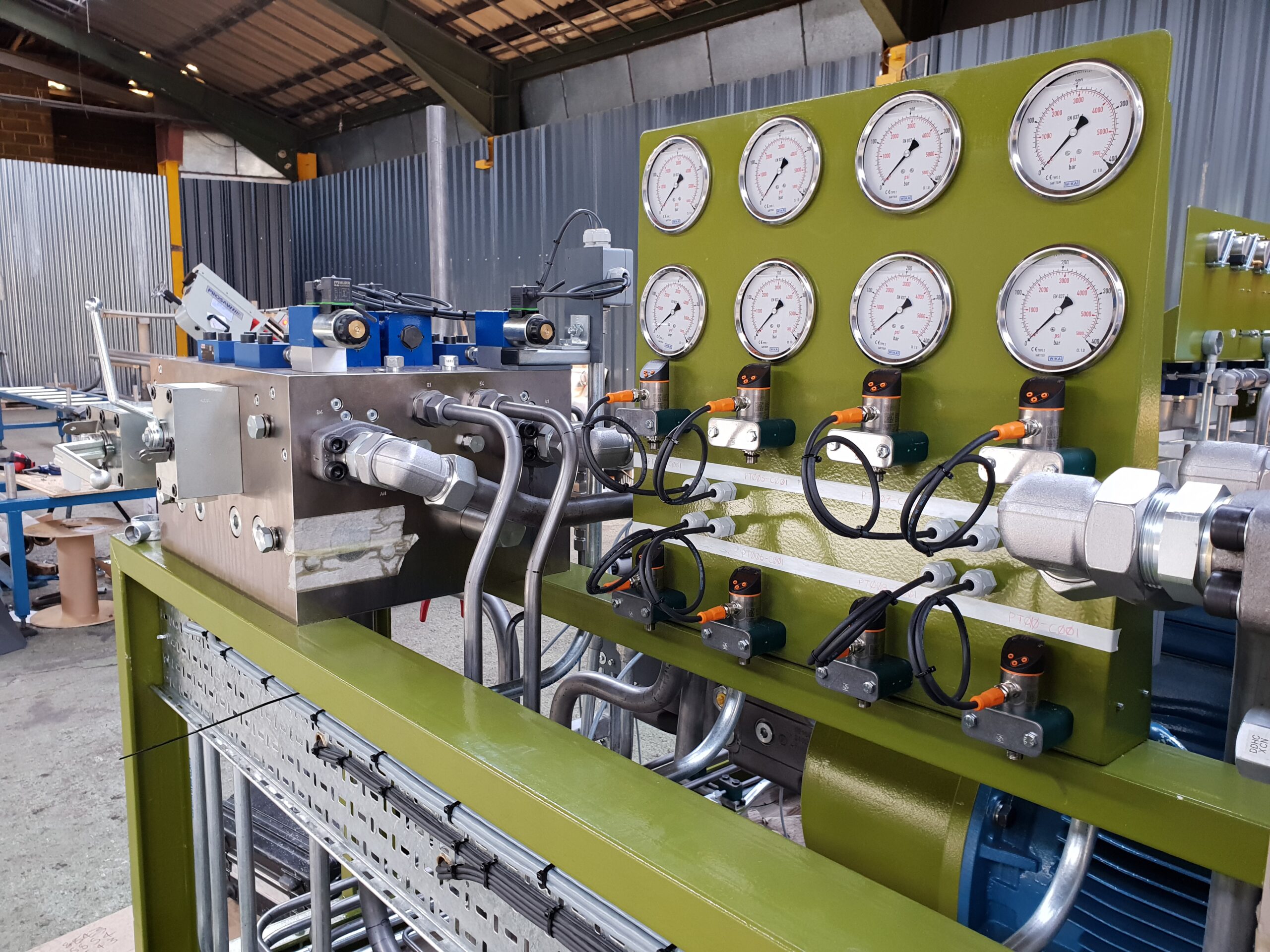 IMH was engaged by the project team of BAM Nuttall and Mott MacDonald who, working for The Environment Agency, were tasked with engineering a solution to the flooding issues facing residents and businesses in Boston, Lincolnshire.

Boston is listed in the top 10 of councils at significant flooding risk. In December 2013, the town was hit by a large tidal surge flood. The incident saw 18,500 severe flood warnings being issued to properties, with over 200 people being evacuated from homes and 700+ homes and 100 businesses being affected by the flooding.

The engineered solution presented by BAM Nuttall and Mott MacDonald (BMMJV, a BAM Nuttall and Mott Macdonald Joint Venture) entailed halving the size of the river and implementing a single horizontal sector gate. The gate itself had to be made from carbon steel and weighed around 330 tonnes, increasing to 730 tonnes when full of water.

This gave the engineering team at IMH some challenges to overcome, such as engineer a solution to lift the Boston barrier into position within just 20 minutes. The barrier itself could weigh over 700 tonnes, when full of water, and would need to operate in a range of temperatures from -20°C to +50°C. The system was designed to DIN 19704:201.

Our team of specialist engineers designed and developed a solution to include the manufacture of one main hydraulic power unit (HPU). 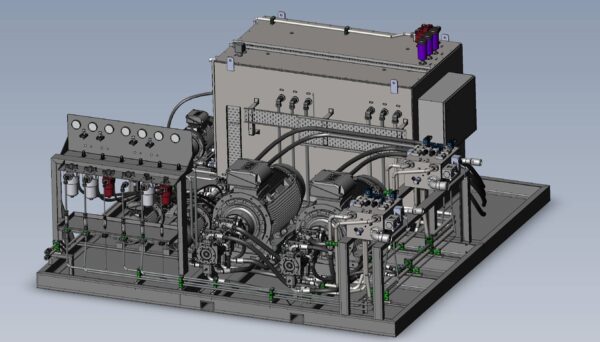 And two emergency HPUs (EHPUs), each of the EHPUs having a single pump driven by a diesel engine. 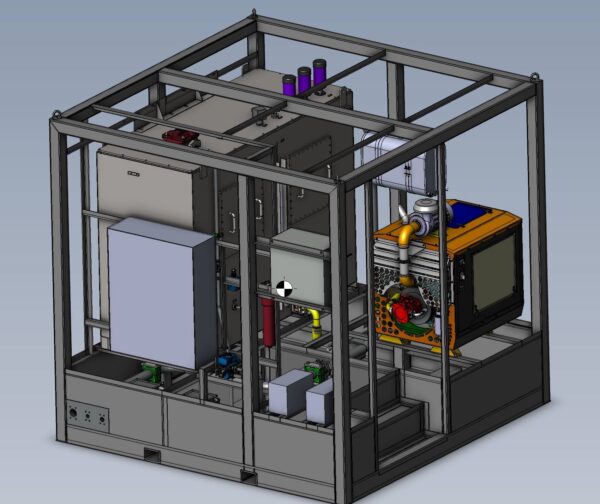 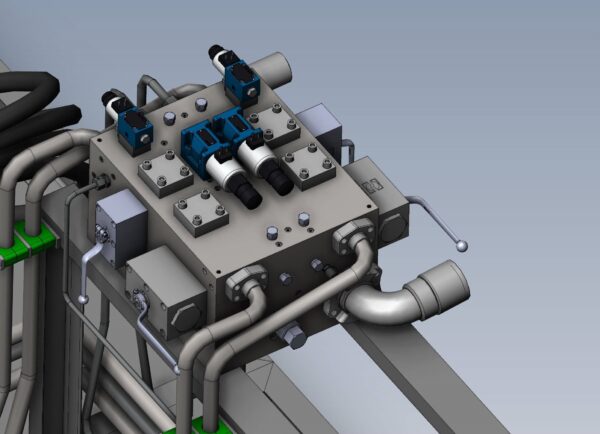 The oil used in the system is PANOLIN HLP SYNTH 22, a biodegradable hydraulic fluid. It was chosen for its high-performance characteristics to cope with both low temperature fluidity and the high temperature thermal oxidation resistance required of the fluid whilst in use in the barrier hydraulic system. Another key consideration for using this PANOLIN lubricant was that if there was an unlikely fluid spill, it would leave no harm in the environment.

Given the scale of the project, a huge amount of pipework was required: more than 800 metres of stainless-steel pipe was prefabricated at our workshop on Teesside before being installed onsite by our team of experienced welders and pipe fitters. The pipework was manufactured off site from IMH manufacturing drawings, which were created using 3D design software SolidWorks, this allowed the pipework to be manufactured offsite in parallel to the civil works shaving months off the back end of the project.

Due to the accuracy of the civils design / site work plus the IMH design / manufacturing there were very few on-site modifications required. Another benefit of completing the manufacture off site was that the date of procurement and manufacture could be brought forward, which at the time was of significant importance due to the political uncertainty around Brexit.

The installed pipework ranges in sizes from 25mm to 88.9mm diameter and was manufactured in 316L stainless steel. To ensure mechanical integrity of the pipework IMH ensured the pipework was high-pressure tested to 1.5 times the MWP (maximum working pressure), with the maximum being recorded as 420 Bar. 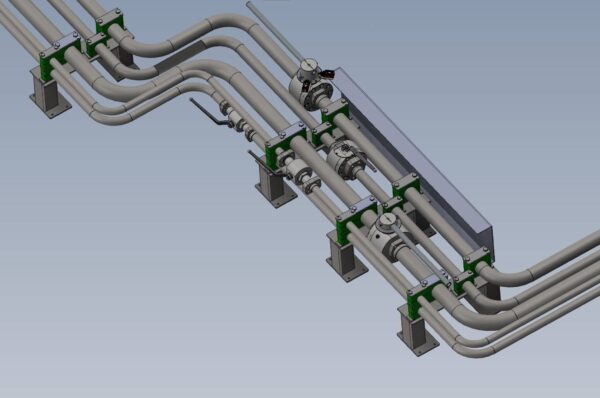 ‘big U’ pipework – replaceable in one piece

To ensure the pipework was clean and the risk of contamination removed the pipework was flushed using turbulent flow, the maximum flushing flow recorded as 480 l/min. This ensured that the installed system is available when required and able to withstand the pressures resulting from lifting the barrier into its required position in a short space of time.

For IMH it’s been a fantastic project to be part of and working closely with BAM Nuttall we have developed a strong relationship and way of working which has involved regular progress reviews to keep the job on track, we look forward to future projects together.

“BAM Nuttall is delighted with the input and support provided by IMH through the Boston Tidal Barrier project.  The pro-active relationship between BMMJV and IMH has meant that challenges were identified quickly and solutions implemented effectively to ensure the project continued on time and to budget”
Guy Russell, MEICA Project Manager

IMH and the Environment Agency presented the technical elements of the projects to an audience of Institution of Mechnanical Engineers if you would like to know more you can view the presentation here.

Follow us on social media and sign up to our newsletters to be kept up to date on this project and others. 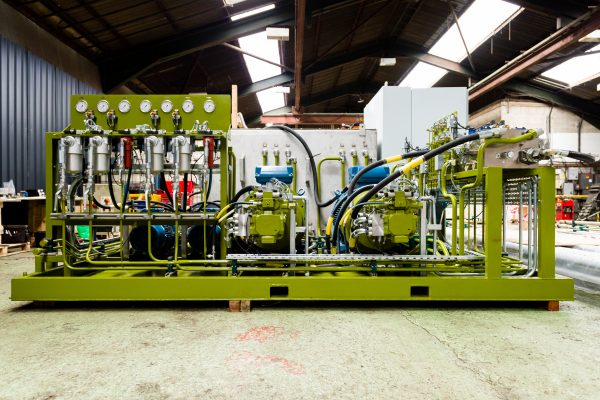 Thank you to BMMJV and the Environment Agency for the use of the photographs.